"I tell you the truth, whatever you did for one of the least of these brothers of mine, you did for me." (MATTHEW 25:40)

Heading for the check-out I saw him go down. An older man, in a red shirt, slipping, falling to the cold, white floor. I could see him struggling to get back up. I saw a woman with a small child, standing at the end of the aisle, looking at him struggling. I started to run. I hoped my son was following behind me. I dropped my things and started to help. I think I made it worse, for this man was much bigger then me. I looked down at his shoe and saw a brace. I didn't know if I could get him up on my own. A 20-something man started walking by with a package of paper plates in his hand. He was watching and walking. I looked at him and ASKED HIM if he could please help. With ease the young man lifted the older man back to his feet. In a matter of moments we all started back on our own way. Me, to the check-out to buy my batteries. Just like that it was over.

The stranger thing about what happened is just a few weeks ago, as I was leaving BJs, I came out to see an old man laying on the pavement next to his van, his old, frail wife trying to lift him back up to no avail. I ran then, too. I helped him back to his feet. I found his shoe that had come off in the chaos. I asked if he was okay, then went back to my car and unloaded my purchases.

Both times my eight year-old son was with me. Both times driving back home afterwards I started to cry. I guess it was adrenaline. It felt surreal. I was happy to help. I was glad I was there. But it still seems odd to me. I go my entire life without helping a single old man back to his feet and within a few weeks I have had to come to the rescue of two.

I told my son that everything happens for a reason. That both times we were there for a reason. There was something to be learned from both situations. Through my tears I told him that I want him to grow up to be the one that helps. Not the one that stands and watches. That I want him, in those moments, to forget about himself and help. I reminded him that God calls us to help those in need. And he gets it. He's a good kid.

So I just want to encourage you today. Someday your Grandmother or Grandfather may need the help of a stranger. One day you may be at someone else's mercy. You would want someone to help your Grandparent, your child, even you in that situation. Please don't just stand and stare. Don't walk by without offering a hand. Show Love.

"A man was going down from Jerusalem to Jericho, when he fell into the hands of robbers. They stripped him of his clothes, beat him and went away, leaving him half dead. A priest happened to be going down the same road, and when he saw the man, he passed by on the other side. So too, a Levite, when he came to the place and saw him, passed by on the other side. But a Samaritan, as he traveled, came where the man was; and when he saw him, he took pity on him. He went to him and bandaged his wounds, pouring on oil and wine. Then he put the man on his own donkey, took him to an inn and took care of him. The next day he took out two silver coins and gave them to the innkeeper. 'Look after him,' he said, 'and when I return, I will reimburse you for any extra expense you may have.' "Which of these three do you think was a neighbor to the man who fell into the hands of robbers?" The expert in the law replied, "The one who had mercy on him." Jesus told him, "Go and do likewise." (LUKE 10:30-37)

Posted by Unknown No comments:

Too hot for something profound...

Summer is in full swing and we have been busy, busy, busy. The summer heat has descended upon us and seeing as we don't have air conditioning, have been doing whatever we can to beat the heat, as they say. We have been fortunate to have free pools available to us and they have certainly been a blessing to us. The other night Adam put in a window unit, but it has been keeping the house at a less humid, but still warm 83 degrees. If it wasn't so beastly I would protest as I hear the sound of money flying out of our wallets. I am actually looking forward to going on vacation to the Equator as I hear it is not all that tropical on the Galapagos Islands! Sea breezes, an ocean at the ready to jump in, and daily water activities are calling me. 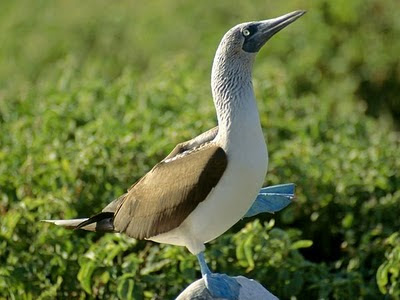 Yes, I did say the Galapagos Islands. Another blessing from my parents, they are taking our whole family (11 of us) on an amazing, once in a lifetime trip to Ecuador to tour the Galapagos Islands. We leave in a few weeks. It will definitely be a crazy adventure and awesome opportunity for our kids to witness firsthand the amazing power of our Creator God. I can guarantee many pictures documenting our trip upon our return. Picture taking runs in the family...we're like the paparazzi (no kidding!). I hope the BLUE-FOOTED BOOBY, the GALAPAGOS TORTOISES and the spitting MARINE IGUANAS are ready for us! 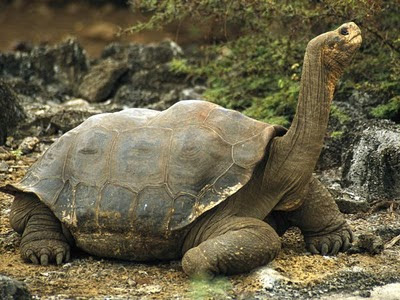 I am so confident that each moment will be captured that I usually opt for my video camera instead of the still. I'm also quite sure a movie will be made of our adventures (by me, of course).

Well, that's an update from me. I wanted to let you all know that I'm still around and although the heat has zapped all my profound creativity today, I promise I'll be back another day. Hope you are all enjoying your summers! And asking that you keep our family in your prayers for a safe and meaningful adventure to the Galapagos! 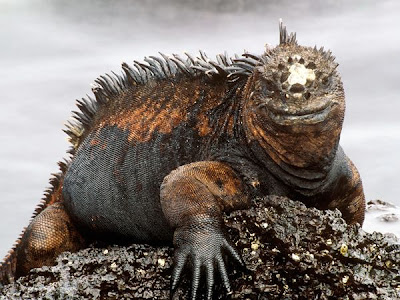