I have been offended, betrayed, and disappointed. And I have needed to forgive the unforgivable. But that was a lot harder then I thought.

Forgiveness was easier to do once I understood it. But it also required I do something contrary.

In the Parable of the Unmerciful Servant (Matthew 18:21-22) Peter came to Jesus and asked, "Lord, how many times shall I forgive my brother when he sins against me? Up to seven times?" and Jesus answered, "I tell you, not seven times, but seventy-seven times."

I grew up hearing people say, "forgive and forget." I thought that in order to forgive someone I had to forget that it ever happened. This might be possible with the invention of a mind eraser, but otherwise, an impossible task. But that's not what forgiveness is all about anyway.

"Forgiveness is a promise…a deliberate decision to deal with another's sin by doing away with it" ("Choosing Forgiveness" by Nancy Leigh DeMoss).

Before I could fully understand forgiveness, I needed to understand grace. In an "everything needs to be fair" world, grace doesn't make any sense.

I have earned frequent-flier miles for my mistakes. I allow impatience, selfishness, and worry to rule my days. When we're late for school and those words come out of me. I look at my children apologetically and without hesitation their tiny arms embrace me with undeserved forgiveness.

There is faith in grace — and in forgiveness. Faith in a heart broken and in a desire to change or do better next time. I don't deserve grace, but Love offers it to me anyway.

In John 8:3-8 a woman accused of adultery was brought to Jesus and instead of pointing a blaming finger at her he rebuked the others. "If any one of you is without sin, let him be the first to throw a stone at her."

I can forgive my offenders because I have offended. I offer grace to the undeserving because I am undeserving, too.

"Unforgiveness is like taking poison and hoping the other person will die," says Mark Gungor in "Laugh Your Way to a Better Marriage."

I am the only one that suffers when I don't forgive someone else. Like an infection, unforgiveness will eat us up inside until all we are left with is bitterness. Holding on to the pain and hurt that others have caused us will only leave us angry and lonely.

I believe forgiveness gets easier with time —when the wounds aren't quite as fresh. Depending on the depth of the offense, the process of forgiveness can take time. In some instances, I needed to work through the process with a counselor. 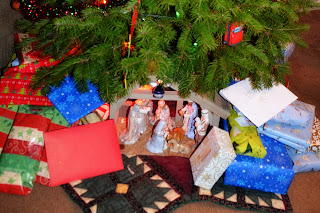 "Whatever's in the past, it's exactly the past God wants us to have. He doesn't want us to try to change it or forget it. He wants us to learn how to use it to serve him." —Kevin Huggins