April Was A Blur

It's true. I have been a stranger. For some reason April does that to me. Baseball season has started, birthdays, Easter, a long weekend getaway to the mountains and April has zipped by without a passing glance. Maybe I have a case of writer's block, but although my desire to write is strong, I can't seem to get my thoughts organized enough to write something down. Whatever the case, I'm finding that writing takes time and I have been short on that lately. 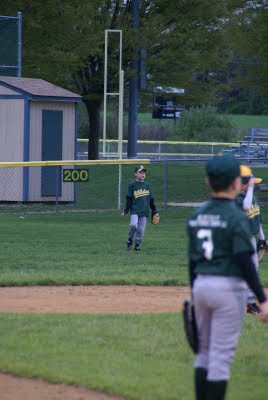 So Caleb is doing his baseball thing. He had his first game last Friday night (under the lights -- which is apparently a big deal). His team barely won and he executed a play from right field. Go, Caleb! He had his first experience at the plate with a kid pitching. That did not go so well, but he's learning. And Adam had his first taste of coaching. One of the kids called him "coach" and he got a good chuckle about that. Who would have thought Adam would be called coach? I think it's great, actually. 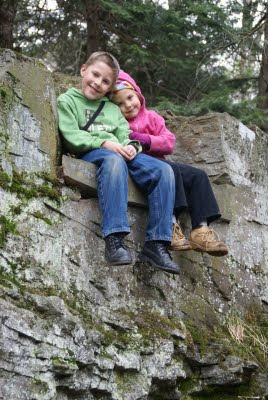 Right before Easter we got away on a long weekend trip to the Poconos. A free stay in someone's lakehouse was just what we needed. Although the weather was kind of funky (apparently it often is in the mountains) we still made the best of it. It's just the best of both worlds up there, being near the water (at Fairview Lake) and hiking in the mountains with the beautiful forests. It was lots of fun!


Yesterday was Easter, a day of celebration and remembrance for all that God has done. I would like to share this song with you. My loving husband took me to a concert for my birthday in early April and we got to see Matt Maher in concert (with Audrey Assad and Jars of Clay). He sang this song and it really struck a chord with me. That no matter what has happened in our life. For all the times when we wonder if God is there and why he lets things happen. When we feel alone in our doubts, fears, and shame, the simple truth in this song is a good reminder that He has always been and always will be there for you. That is why Jesus came. That is why He died on the cross. It was all for us!

Posted by Unknown No comments:

Loving an Adult with A.D.D. 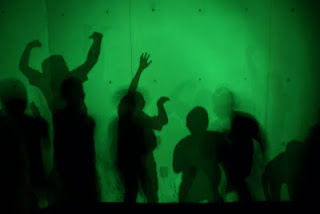 We're new at this. It's only been about the last year or so since we finally came to the conclusion that my husband has A.D.D. (attention deficit disorder). Now it seems obvious, but it has been a slowly unraveling "diagnosis". Realizing this has given us great insight into some of the conflicts, emotions, and frustrations we both have experienced with one another. Before it felt like trying to fit a square peg in a round hole. Now it feels like the pieces are starting to fit.

Fifteen years ago, schools were not diagnosing, let alone aware, that A.D.D. even existed. Today it seems prevalent and at times perhaps, over diagnosed. The lack of awareness back when my husband was in school left him feeling frustrated, alone, and well, like he was stupid. The latter is probably the most irritating thing of all because he is not stupid, but spent the better part of his life feeling like he was (and still struggles with it sometimes). Those feelings, coupled with personality and other issues, resulted in a rebellious, angry teenager struggling in school and feeling frustrated and overwhelmed with life. And of course, those issues get carried on and continued to wreak havoc as he went to college and even now, as he is a husband, father, and employee.

So how do you love someone with A.D.D.? And how can you help make their world a little easier to navigate?

We are both still learning what A.D.D. is and how it plays out in his life today (as an adult). When you don't understand how A.D.D. effects your spouse it can be downright frustrating sometimes. Walking into the kitchen to find a carton of milk left out on the counter, him not being able to prioritize or make decisions, or him feeling completely overwhelmed at work and at home...these are some of our realities. And yet, beginning to understand and make connections as to why things play out a certain way helps me to try to be a more sympathetic spouse, to hopefully be less demanding, and to work with him to figure out ways I can help him.

Sometimes it's hard to know whether a behavior is because of A.D.D. or whether it's a personality trait. And maybe it doesn't really matter, but joining the A.D.D. "family" (for lack of a better word) has given him peace in knowing he's not the only one that views the world this way and that there's not something "wrong" with him. It's not just a label or an excuse. We are not there yet and we have a long way to go in truly understanding the kind of support he needs. It can be hard to be married to someone with A.D.D. because, let's face it, you just don't think, learn, or process the same way.

If you are married to a spouse with A.D.D. or are a spouse with A.D.D. are there any systems or things you have put into place that have been especially helpful for you? I have a lot to learn about supporting my husband in this and I would love to be able to make things easier for him by understanding how he thinks and in what ways I can tangibly help, atleast on the home front.

About a year ago I read the book, "Having a Mary Heart in a Martha World" by Joanna Weaver. I was pleasantly surprised how much I was encouraged by what the author had to say. One particular part of the book spoke specifically to keeping the Sabbath.

"Remember to keep the Sabbath day holy. Do all of your work in six days. But the seventh day is a Sabbath in honor of the Lord your God. Do not do any work on that day. The same command applies to your sons and daughters, your male and female servants, and your animals. It also applies to any outsiders who live in your cities. In six days I made the heavens and the earth. I made the oceans and everything in them. But I rested on the seventh day. So I blessed the Sabbath day and made it holy" (EXODUS 20:8-11).

Sound familiar? It's one of God's "Ten Commandments". Over the past several years our weekends have become more and more scheduled. I imagine it will only get worse as the kids get older and are involved in more and more activities. There have been points where we have had to write "No plans" on the calendar for a Saturday during the month just so we could be home for once. And it's not just Saturdays that got over-scheduled, but Sundays became (and I hate to say this) the worst day of the week for us, stress-filled, restless, anxious, and hectic. Not what it was meant to be.

In the book, Weaver reminded me that God created the Sabbath for a reason. It's not just a rule he felt like giving us because he needed ten. God the creator knew that we need to rest. We need a day off. We need a day that is "set apart" from all of the other days of the week. The Sabbath is supposed to be a day of rest. An opportunity to do things you don't normally have the time to do. She wasn't so concerned that the Sabbath day actually be a Sunday, but if Sunday doesn't work for whatever reason, you make it a priority to make one day out of the seven your Sabbath. Weaver takes it a step further stating that your Sabbath should be free of birthday parties, playdates, running errands, doing laundry, working, etc. But if you enjoy gardening and gardening is restful, not a chore that needs to be done, then by all means do that on the Sabbath. I think you are getting the picture.

This Sabbath reminder caused us to re-evaluate our weekends, particularly our Sundays. For the first time in several years we made a decision to make Sunday an intentional day of rest. It has been amazing how different our Sundays are now, filled with family time and rest, with no agenda, and no planned errands or chores. It's peaceful and preparatory for the work/school week ahead. And although sometimes we wind up having to schedule something or making a choice to do something we "have to do" rather then something we "want to do", I think we are experiencing the essence of God's intention for keeping the Sabbath. We are enjoying the fruit of obedience to God's command.

So I just wanted to share with you how significant preserving and prioritizing a Sabbath day has been in our family and to encourage you to consider making Sunday or another day of the week a day of rest for your family.

"God's promise of enjoying his rest still stands. So be careful that none of you fails to receive it" (HEBREWS 4:1).
Posted by Unknown No comments: