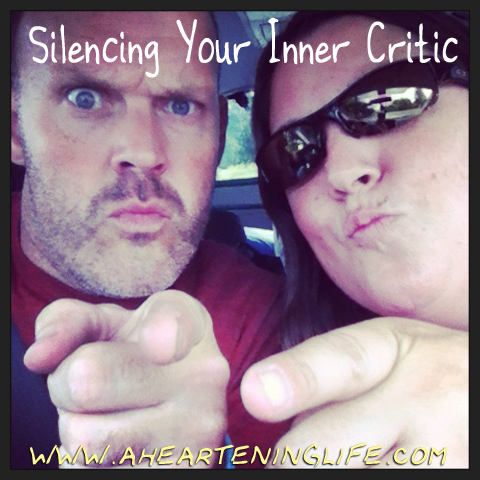 Totally unlike me I forgot to pay three bills last week. And it didn't dawn on me until Tuesday.

My initial response was surprise, "What? Did I really forget that?"

Followed by justification, "Well, last week was a crazy week."

But eventually it came to rest at irritation and criticism, "How could you have forgotten that? What a dumby!"

That last phrase was actually hard for me to type. Did I really say that to myself?

Yes, out loud, over and over again as I wrote out the checks in a panicked rush to the mailbox.

Sometimes the inner critic slips out into the open. Her words ringing in my ears long after the moment has passed.

My counselor catches me repeating the labels. She's one of the first people who has ever held me accountable for them.

Maybe it's because I'm good at hiding it. I plaster on a smile while I internally harass myself.

It becomes so typical, so habitual that you may not even realize you're doing it. The problem is that what you say to yourself is a response to what you believe about yourself.

When your self-worth is neglected your inner critic becomes an enemy, an abuser, and the author of the fiction you are writing about yourself and relationships.

I know it's time to hush the critic. It's time to kick her to the curb. Because she's out of line and I've given her so much power she drowns everything else out.

I believe the truth is inside of me. I can discern what I know to be true from lies, most of the time.

Catch her in the act. Your inner critic has been harassing you for years, but maybe you've never stopped and listened for her. Recognizing her voice and her critical comments is key to silencing her.

See her as a bully. Your inner critic is not kind to you. In fact, she likes to use labels, guilt, and shame to push you around. In the emotion of the moment, I believed her offensive notions about me — silly, dumb, unacceptable. Seeing her as a bully spouting lies is an important step to being free of her.

Confront her with truth. Your inner critic needs your support to thrive. The best antidote to her lies is truth. You don't necessarily have to know what the truth is to poke holes in her verbal assaults. I may not necessarily be able to claim wholeheartedly that I am valuable (yet), but I can stand up for myself when she tries to tell me that I don't matter.

A little something about truth: Truth is true whether you believe it or not. (Think about that for a minute.) Like a lawyer, you have the power to prove or disprove the inner critic. The inner critic tends to exaggerate.

For example: She may tell you that you're a failure because you forgot to pay your electric bill on time. Truth is: I'm not perfect. It was a mistake. I didn't do it on purpose. The worst consequence may be paying a late fee.

Forgetting to pay a bill isn't the end of the world and it doesn't mean you suck as a human being (even if the inner critic tries to convince you otherwise).

Treat yourself the way other's want to be treated. Sounds kind of backwards, but I would never speak to another human being the way I allow my inner critic to speak to me. If the words you say to yourself aren't kind, loving, and full of grace then you're allowing your inner critic to reign. And she's got to go!

Like most things, silencing your inner critic is a process. It might be helpful to find a loving friend or spouse who can help spot the inner critic when she surfaces and even speak a bit of truth to help drown out the lies.


Holley Gerth (today's Coffee for Your Heart) and Jennifer Dukes Lee & the Tell His Story link-up: 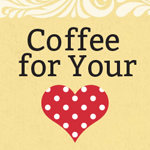 Three cheers for you, Christy! For YOU - not the inner critic. You are wise, and you are strong.

I'm cheering along with Courtney! You ARE valued, accepted and loved.

Bills? I forgot to go to jury duty!! The woman was very nice and will reschedule me. I had visions of fines or jail. Call me dramatic. And that is what my mind battles typically are, dramatic and they just like what you described. Hang in there.

Thankful for each of you! Everyone appreciates a cheerleader! :) It's nice to know I'm not alone.

I like how you call our inner voice a bully! I think of that next time she talks hatefully to me. Thanks for your encouraging words.

This was a beautiful post. Thank you what a great reminder to silence our inner critics. So enjoyed your site! Blessings

This is so good Christy. It's been a long road for me to quiet my inner critic. Now I recognize the cadence much quicker and cut off the inner chatter. It's a freeing process. This post will be life to so many who struggle.

Yes!!! Holley Gerth once challenged me to only speak to myself the way that I would speak to my sister's in Christ... shall we take on that challenge together friend. Side by side you and I and Jesus silencing the lies?

I have never thought to see my inner-critic as a bully. But oh how true it is. Thank you for these words, lovely lady :)

So true, I'd never speak like that to my daughter or my friends or my fellow writers. Why would I tell myself those kinds of things. Glad you're fighting back with truth and speaking life into your heart. Such truth sets free.