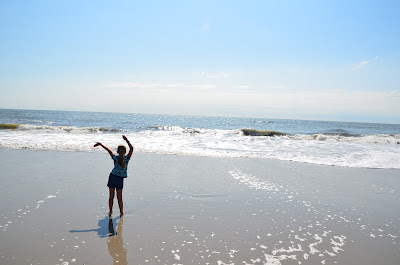 "At the heart of personality is the need to feel a sense of being lovable without having to qualify for that acceptance."
--Paul Tournier

In 2010, my husband was working on a bible study about understanding your wife's heart. One of the questions he asked me was, "When do you feel most accepted by me?" It was the first time I had really contemplated what it meant to be "accepted". Did he mean as a person, as a woman, as his wife? I remember I answered the question by telling him 2 occasions when I have felt unaccepted, but I continued to think about it even after our initial conversation was over.

When you really think about it, being or feeling accepted is probably one of the strongest desires we have relationally as human beings. Doesn't everyone want to be welcomed, recognized, affirmed, acknowledged, and chosen? I want that, not just from my husband, but from other people. Sometimes we act as though we don't care what anyone else thinks. We may withdraw, build walls, act eccentric, and even say we don't care, but "Adam" was lonely without "Eve" and I have to believe that deep within it hurts to not feel accepted, no matter who you are.

Daily we give people the power to determine whether we are acceptable or not! Unless we have a healthy dose of self-esteem and confidence in who we are the words & actions of people can really rock your world. And likewise, we judge, criticize, and condemn others for being who they are. Who are we to decide whether someone else is acceptable or not?

After much thought, the answer to Adam's bible study question became more obvious to me. I feel most accepted by him when I feel loved. I am loved and accepted when I feel like it's okay to be me. Acceptance is giving someone the grace to be who they are inspite or despite their mistakes and their quirky, annoying habits. And it's the same grace we hope others will extend to us under the same circumstances.

"Accept one another, then, just as Christ accepted you, in order to bring praise to God." ROMANS 15:7

Accepting someone does not mean enabling or denying their sins. We are not to judge or hold their sins against them, but we can still love them. The Bible calls us to "speak the truth to each other" (ZECHARIAH 8:15 NIV). "If someone is trapped in sin, you should gently lead that person back to the right path...offer each other a helping hand" (GALATIANS 6:1-2 CEV).

God loves you and accepts you, all the time, unconditionally. We practice love by doing the same, loving others not because of who they are or what they do, but simply because they are.

Email ThisBlogThis!Share to TwitterShare to FacebookShare to Pinterest
Labels: grace, love, relationships, worth