Sharing Part 3 of my story, in a series for Tamar's Redemption Tuesdays, called God in Healing. We wish healing would just happen. Maybe if we ignore our pain it will go away. But we know in reality the only path to healing is facing our hurts head-on.


Tamar's Redemption Tuesdays
How We Hurt, How We Heal

When my kids were small they thought a bandaid could fix anything. A tiny scratch or a banged up knee just felt better when you put a bandaid on it. 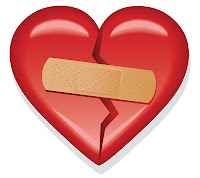 You and I know there is nothing magical about those sticky, adhesive bandages. They are a temporary fix while the real healing work happens -- under the bandaid, from within.

In a perfect world you could stick a bandaid on the hurts of life, ignore it for a few days and you'd be good as new. But real healing is intentional and it takes a lot of hard, often agonizing, work.


Read more of my guest post at Tamar's Redemption…


I Am A Survivor — Christy's Voice Part 1 — Tamar's Redemption Tuesdays